Blueberries have been grown at research stations in Minnesota for nearly a century. In 1967, a blueberry breeding program was initiated to develop cold-hardy, low-stature (“half-high”), high quality, large-fruited cultivars. The first varieties released from this effort, Northblue, Northsky, and Northcountry, avoid low-temperature injury by their cold tolerant buds and a low stature that allows part of the bearing surface to be covered by protective snow. In the ’90s, St. Cloud, Chippewa, and Polaris were bred to be chest high for easier picking. A later introduction, Superior, matches them for height, and is highly productive.

Pink Popcorn™ (MNPink1 cultivar) is the first hardy pink blueberry introduced from the University. It has the showy white flowers and crimson fall foliage that make blueberry a landscape favorite but features blush-colored berries that have the flavor essence and crisp texture of the best of the blues.

Blueberry plants can be decorative, with profuse miniature white blossoms in late spring, glossy green leaves in summer and colorful maroon or orange foliage in autumn. They require acidic, well-drained soil. Most soils— where the native pH of the soil is less than 7.0— can be amended to make them suitable (4.0-5.0). Plant more than one variety for effective pollination leading to better yield and berry size. 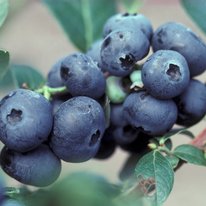 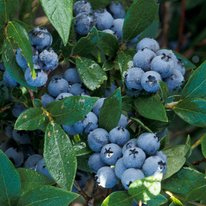 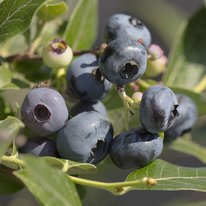 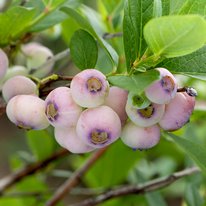 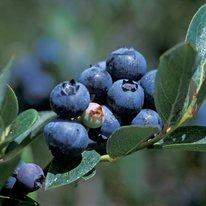 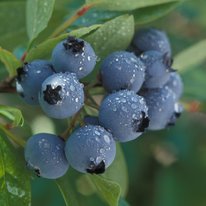 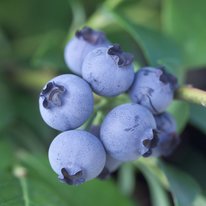 Pink Popcorn® is a registered trademark of the University of Minnesota.

Briggs Nursery was granted an exclusive license from the University of Minnesota to propagate Pink Popcorn® in 2014. Contact Briggs Nursery if you are interested in purchasing this variety.

Your purchases support U of M research

Chippewa, Northblue, Northcountry, Northsky, Polaris, St. Cloud, and Superior blueberries are not protected by US Plant Patent or foreign plant breeders' rights, but nurseries propagating these varieties support the U of M breeding program through an agreement with the Minnesota Nursery Research Corporation (MNRC).

When you purchase plants from a MNRC member, a portion of your purchase supports University of Minnesota cold-hardy breeding efforts. Visit the MNRC website for more information about the organization and participating nurseries.