Small trees can fit into many sites and spring blossoms add color and fragrance to any landscape. They usually do not need pruning when used near power lines and other utilities. These varieties were developed by the Minnesota Agricultural Experiment Station and are some of the best small trees to use for Minnesota urban landscapes.

Crabapples bloom abundantly in spring and have attractive displays of fruit. The ornamental U of M cultivars get no taller than 20 feet, with foliage colors that vary from light, bright green to deep maroon or silvery red. Forms may be horizontal, oval, rounded, or vase-shaped. 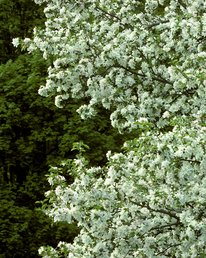 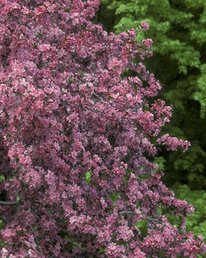 'Newport' and 'Princess Kay' flowering plums are fragrant ornamental trees in the spring. Plums can produce fruit that is attractive to wildlife and useful for making jelly. 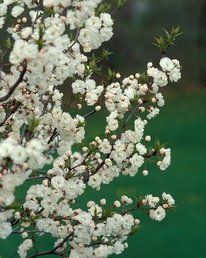 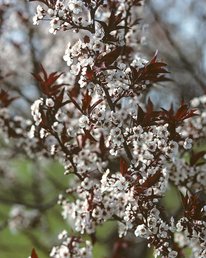 A hardy variant of redbud appeared in a mass screening of seedlings planted at the Horticultural Research Center many years ago. Before the 'Minnesota Strain' was developed in 1992, few large specimens survived as far north as Minnesota. Flowers are rosy pink and open before leaves appear. 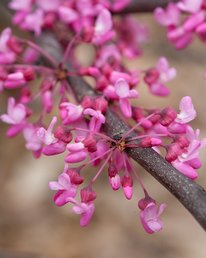 Heart's Desire™ is a trademark of the University of Minnesota.