No garden is complete without shrubs—to provide privacy when planted as a hedge, give wildlife food and shelter, create a beautiful backdrop for smaller plants, and offer flowers, fragrance, and shade. The University of Minnesota woody landscape breeding program has developed several hardy shrubs that thrive in Minnesota's climate.

The underlying rosy hue of dogwood branches provides bright landscape color through even the most severe Minnesota winter. The extensive root system tolerates poorly drained soil, and can be useful for erosion control. Small white flowers appear in June, followed by white berries that many birds and other wildlife find appealing. 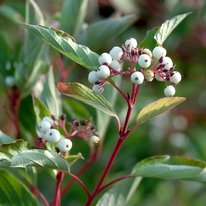 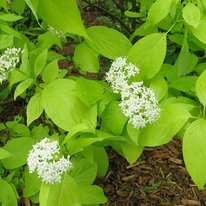 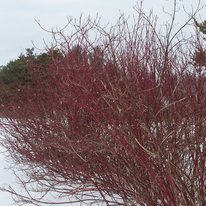 The bright yellow flowers of forsythia appear before the leaves, signaling the arrival of spring. A forsythia's vigorous growth makes it suitable for screens and bank plantings. 'Northern Sun' was bred to flower in early spring despite cold temperatures. 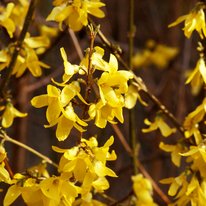 Common ninebark is a versatile deciduous flowering shrub widely used in landscaping. It gets its name from its bark, which can be peeled off in several thin layers. Native to Missouri, it prefers full to partial sun in cooler climates. University of Minnesota ninebark varieties have excellent cold hardiness. Late spring to early summer blooms are white or pink and foliage is typically gold, red or purple. They are typically widely adaptable to various soil types and are easy to grow in the home garden.

'Northern Pearls' is the only selection of pearlbush hardy for Minnesota. Its name comes from its flower buds, arrayed like pearls along a stem. In early May, each bud opens into a showy white flower, two inches across. It can be pruned to a single trunk for a small tree, or grown as a five- to eight-foot shrub. 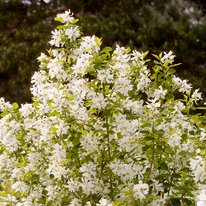 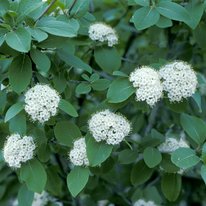 Golden Glow™, Fireside™ and Homefree™ are trademarks of the University of Minnesota.