Two blackcurrants were bred in Scotland and have been tested in Minnesota since 1999. They are resistant to white pine blister rust, and are productive, upright plants with excellent fruit quality for processing into juice or jelly. The names are a fusion of Scotland and Minnesota—a continuation of the renowned “Ben” series of blackcurrants from the Scottish breeding program (Ben is the word for mountain) combined with two notable Minnesota place names.

‘Red Lake’ has been popular in Europe and across the United States. Introduced in 1933, it is highly productive. Plants have large clusters of red, medium-size fruits, excellent for use in jellies, salads, and desserts. 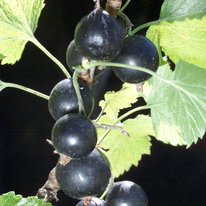 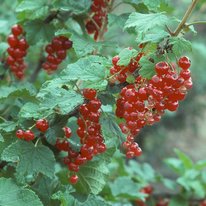 All University of Minnesota currants were joint releases with the James Hutton Institute in Invergowrie, Scotland.